Back to all posts

I learned my lesson about sleepin on the sexual skills of big women. Damn. I was studying with Ashley, one of my classmates in my student apartment one night. She was 5’6”, wore light brown contacts, kept her hair done, had 40 D breasts and thick thighs. It was getting late. She wouldn’t be able to make it back to her dorm before she was locked out. So I told her she could spend the night. We continued to study until around midnight and took a break.

“I need to get comfortable. You mind if I change?” she asked.

“Sure” I replied. She went into the bathroom to take off her shirt and skirt. Ashley came back out and sat back beside me in the bed.

“Is this distracting you?”

I tried to study but I kept glancing over at her. I usually didn’t go for big women but damn, she was looking good as fuck. I got hard and continued to try to study. She seemed to notice it because she began to scoot closer.

“Mike, have you found out the answer to number three yet?” she said with a flirtatious tone.

“The Executive Branch.” I replied.

“Excuse me for a minute real quick. Let me get comfortable.”

She nodded and waited as I went to the bathroom and took off my shirt. I came back out, laid on the bed and continued to study. Ashley soon laid her head on my stomach. I looked down to try to control myself. She grinned seductively and went back to studying. Two minutes later, I heard her breathing heavier than usual. She had slid her panties to the side and states to rub her, beautiful, swollen clit. My mouth watered at the sight. I tried to gain composure but she took her pussy-coated fingers and stuck them in my mouth. Damn she tasted good as fuck.

“Shit….Let me get another taste.” I requested.

“She ain’t got no gag reflex,” I thought to myself.

She looked up and continued to suck as she stuck her fingers deep inside her twat. Her moans on my rod increased the sensation. I reached out to grab one of her breasts to massage it but she quickly pushed my hand away.

“SHIT,” I mumbled to myself. I held her head closer as her tongue continued to massage me to near orgasm. I began to shake. She pulled up and went back to studying.

“Break time is over,” she giggled.

“I got a way to make this more interesting. I’ll sit this fat ass pussy on you and ask questions. Each question you get right, I’ll ride you.”

“Then you’ll get to fuck me and I can’t tell you to stop,” she cooed as she licked her lips.

We agreed to the terms and she her wet pussy down on me. It gripped me and held tight. I started to thrust in her, holding her hips.

“MMMMMMMMMM…..SHITTTTTT……WE……HAVEN’T……..STARTED….YET…STOP….MMMM.” I stopped and our little game started.

“Who was the commander-in-chief in the American Revolutionary War?”

She began to ride slowly, letting some of her pent up sexual tension go.

“MMMMMM….I CAN RIDE YOU ALL NIGHT…” She continued to ride and began to rub her nipples.

“Who was the second president of the United States?”

“John Adams.” She moaned as she came a little, coating my rod with her sweet juices.

“Wrong, John Quincy was the son.” I grabbed her hips and began to pound deeply and roughly into her pussy.

The sounds of her wetness made me even hornier.

I leaned forward to suck on her taut, chocolate nipples. She closed he eyes and moaned. Two minutes later I stopped to try to answer more questions but the pussy was too good.

“Fuck this studying bullshit,” I said.

“Tear this pussy up then baby, please!”

We dropped our books and went back to fuckin. I pulled her closer so I could suck on her nipples again while I thrust deep inside her and smack her ass.

I smacked her ass again and fucked harder which made her pussy wetter. Each time I thrust in and came out, drops of her juices would come down.

“Fuck this shit. I got you boo. You don’t think big girls got skills do you?”

“The question is, do you?” I asked, licking my lips at her.

Let me show you.”

Ashley got up, turned around, slid down on my dick backwards and began to ride. Shit she was good.

I pulled her hair and began to thrust into her as she came down. The smell of sex filled the air and her moans made me want to fuck her even harder.

“FUCK ME……FUCK ME….DAMN IT,” Ashley bounced harder and faster loosing control. Her eyes rolled to the back of her head in ecstasy as her body became overloaded with sensations by my thrusting and her bouncing.

“OOOHHHHHH SHITTTTTTTTTT,” she screamed as she came, tightening up on me.

She got up and laid flat on her stomach trying to catch her breath. I got up, positioned her, opened her pink pussy lips and slide in inch-by-inch teasingly.

“YOU GONE TAKE IT BITCH.”

You think I gave a fuck? Naw. My teasing became ramming.

“Go ahead and rest,” I moaned as I continued to slide in and out of her twat, increasing speed and strength with each thrust.

“IMMA SUCK YOU TILL YOU PASS OUT,” she cooed as she continued to deep-throat me.

I leaned forward to rest my head on her ass and finger her pussy while she continued her sweet torture. Five minutes later, we both came and damn near collapsed on the bed. We were exhausted from all the fuckin. Around 1:30 in the morning, my eyes closed. While I was asleep, I felt wet pussy lips on my dick. She began to ride harder and faster, while rubbing her breasts.. Her pussy felt good. I tried to act like I was still asleep but I just couldn’t take it anymore. I got her off of me, laid her down spread eagle and started to tease her clit.

“MMMMMMMM……S-S-S-STOP TEASIN.” She tried to pull me in but I pulled back and continued to tease.

I then thought of a way that would send her over the edge. I slid in deep, ramming into her fast.

“MMIIKKKKKKKEEEEE…….SHIT……..I’M…CUMMIN,” she moaned. I pulled out and stopped cold.

“FUCK ME BABY PLEASE,” she whimpered. I stood here looking at her.

“FUCK THIS, I GOIN TO THE SHOWER,” she pouted.

“PERFECT,” I thought to myself in the back of my mind.

I could get her right where I want her. She bent over to get her panties. I came behind her and slid my tongue in her pussy. She grabbed the dresser and held on as I continued tongue fuck her sweet goodness. She moaned loudly and rubbed her clit while bouncing on my face. I stopped and came up for air. I grabbed her panties and inhaled her sweet scent.

“Go on to the shower. I’ll be here.” She went to the bathroom and I followed behind.

“I thought you were stayin.”

“I’m just goin to the bathroom. A brother can use his own bathroom can’t he?”

She pulled the shower curtain open and reached to turn the shower on. I positioned myself behind her again and slid back in. I knew it was her favorite position because she started to shake and bit her lip. I reached over to rub her clit, caressing it as I thrust in and out of her pussy. She moaned in delight.

With each stroke, I rubbed slightly faster, feeling it stick out further, hearing her moans, feeling her pussy tighten. Ashley bent over further, placing her hands on the tub allowing me to go deep enough to touch her walls.

“MMIIKKEEEEEE….YESSSSS……HARDER…..HARDER,” she squealed as she threw it back at me. I stopped before I came.

“You’re not getting in?”

Ashley ran the shower and got in. I soon followed, came behind and slid two fingers into her pussy as she let the water caress her. She began to gyrate on my fingers like she was ridin me. I turned her around, placed her against the wall and lifted her left leg. I entered her once more. She scratched my back ad she moaned. I started to thrust harder and deeper, tryin to feel her completely.

“FUUUCKKKKKK…….ME,” she yelled as I continued to ram in her pussy.

She began to tighten her pussy in an attempt to drain me first but it didn’t work. I leaned forward to bit her neck. This drove her crazy. She began to bounce up and down madly, moaning and mumbling in tongues.

She came hard. Her pussy gripped tighter, milkin me. I finally got close to orgasm. She dropped to her knees to swallow me then sat back recovering while I was in her mouth. We remained in that position for about five minutes. We showered then got out. Not a lot of studying went on. In fact we fucked the whole weekend. On top of that, right after we too our test, we went back to the dorm and fucked again. The lesson learned was: Just because she’s a big chick doesn’t mean that she can’t fuck and I have never doubt a big girl anymore. 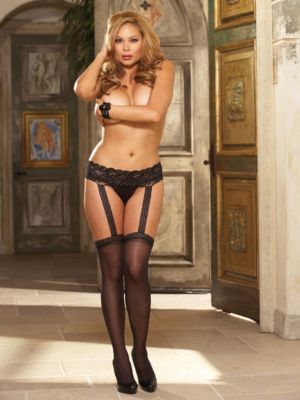